For Video Surveillance, only Surveillance Grade Hard-Disks are recommended for use.
The Hard Disk selection depends on its Storage Capacity based on the number of cameras you have to connect to the system.
Seagate Hard disk with 3 years warranty.
1B=3300
2TB=4600
4TB=8200
6TB=13000

Normal Hard disk is not the right product for surveillance cameras. Surveillance systems require special hard disk capable of reading and writing at a higher speed and should be able to maintain the temperature.  They should run at a lower temperature.  Since the recording has to be done 24×7 so hard disk should be capable of writing at a higher speed.  It should not spend a lot of time correcting the error as is done by the normal hard disk. Normal hard disk stop working after some time if used for 24×7 surveillance with DVR writing multiple streams of cameras to disk for a recording session.   WD20EURS, marketed as AV drives, is more effective than that of standard drives and is optimized for Video, designed to be always on. The controller will give up trying to correct an error instantly, unlike a normal drive that will keep trying for many seconds before it gives up.
This is the WD Hard disk, required for 24×7 video surveillance. 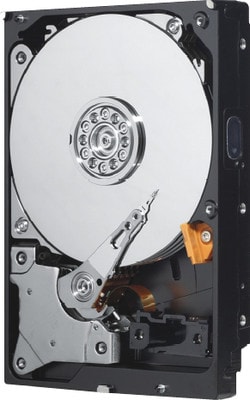 Hard disk plays an important role in CCTV cameras. Choosing the right Hard Disk is the most important.

To buy surveillance hard disk, CCTV of eSSL, Hikvision contact us now on 9315441078/53. We provide installation service in NCR and provide supply in all parts of India.

Fill the following form so that one of our experts can call you.